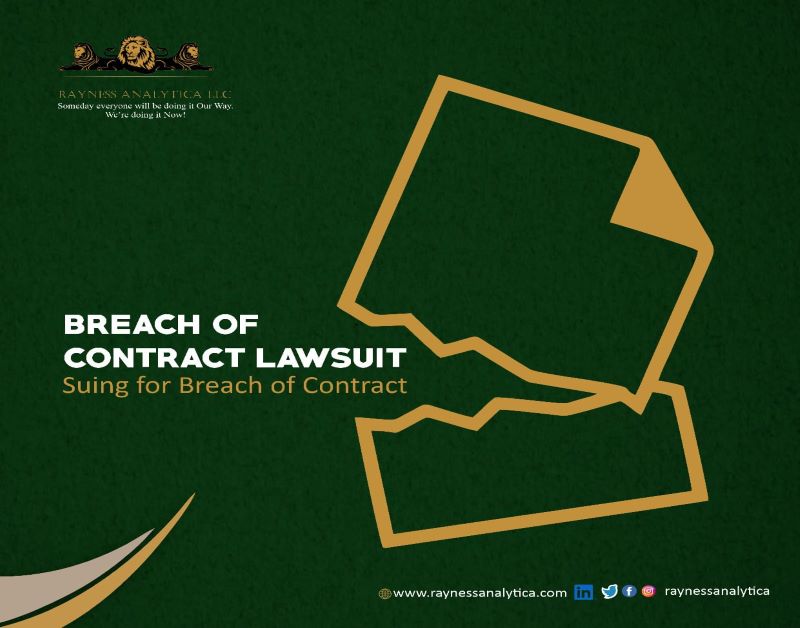 What is a Breach of Contract?

A breach of contract may occur when a party to a valid contract has failed to fulfill their side of the agreement.

For instance, the terms of a contract are what guides the parties in what they must do and how they should do it in order to maintain their promise. If a party does not do what the contract instructs that they do, then the non-breaching party will be allowed to take legal action and can file a lawsuit against them in court.

A breach of contract can occur as either a partial or a complete breach. A court will also assess whether the breach was a substantial one or only a minor one. This will help the court determine what type of damages the breaching party should have to pay.

What are the Ways You Can Breach a Contract?

There are three main ways for which a party can be held liable for breach of contract. This includes when:

Some other ways that a contract can be breached include when the contract is fraudulent, if the contract was formed illegally or is unconscionable, and when there is a mistake of fact present in the contract terms. The parties may also include conditions that are unique to their particular contract, which will specify when a party’s actions can be considered a breach.

Additionally, statute laws and the type of contract it is (e.g., lease agreement, sales contract, government contract, etc.) may indicate other ways that a contract can be breached.

What Should You Do If the Contract Has Been Breached?

If a party has knowingly breached the contract, then it is important for them to take the necessary steps to fix the breach immediately. The party should strive to correct their mistake before the other party becomes aware of the breach or at least before they can file a lawsuit against them.

The following are some general steps that a party should take if they are the one responsible for breaching a contract:

How Do I Sue for a Breach of Contract?

Before filing a breach of contract claim, it is important to review the contract for any clauses that state whether or not a lawsuit may be brought.

For instance, the contract terms may only allow the parties to enter into mediation or arbitration to resolve an issue. There also may be a time limit or procedure that the parties have to follow before they can file a lawsuit.

Next, a party should also check if there are certain elements present for the case. For example, most breach of contract claims typically involve having to prove the following four factors:

After both of these initial steps have been completed and if it is possible, the party should then file a breach of contract claim with the proper court. Where, when, and how the contract can be filed will depend on the rules of civil procedure, relevant statute laws, and the rules of the court in which it is being filed.

Although a party can learn much of this information by reading their contract and reviewing legal resources regarding contract disputes, it might be more helpful to consult with our business lawyers who will be able to provide specific legal advice.

What are the Penalties for Breach of Contract?

In general, there are two types of remedies that a party can receive for breach of contract: legal remedies or equitable remedies. Legal remedies refer to monetary award damages, such as compensatory, nominal, and liquidated damages.

In contrast, equitable remedies are issued by a court when a legal remedy will not sufficiently make up for the damage done. This includes remedies, such as specific performance, reformation, or rescission.

The difference between the remedies awarded will dictate what the non-breaching party can expect to receive and what the breaching party will be required to do as punishment.

The type of legal remedy awarded will also determine how to calculate the amount of damages that the plaintiff should receive.

For instance, suppose a buyer has already paid for certain items to be shipped to them, but the company who owns the products never sends the order, refuses to do so, and keeps their money. The buyer can then sue for breach of contract and collect compensatory (monetary) damages from the seller, or they might seek restitution for the missing merchandise instead.

What are Some Defenses for Breach of Contract?

Do I Need a Lawyer for a Breach of Contract?

Not all breach of contract scenarios require legal assistance or court intervention to resolve the issue. For example, if the other party to the contract is a friend or neighbor and the terms of the contract relate to something of little value, then you should try to work out any issues amongst yourselves. This can save you both time, money, and your relationship.

On the other hand, if it is a business contract or the terms of the contract involve something that is of great value like a house, then you should contact our business lawyers for further assistance.

Our business lawyers will help you draft, review, edit, and negotiate the terms of your contract. This can help minimize the risks involved with entering into a contract and may help to prevent a legal dispute over contract terms in the future.

You should also speak with our business lawyers if you want to sue or are being sued for breach of contract. Our lawyers will help you prepare your case, determine whether any defenses or remedies are available, and will be able to represent you in court. They can also provide assistance and give advice regarding mediation or arbitration procedures.

Finally, as Kenya’s E-lawyers Online and Business Specialists, our aim is to facilitate resolution of legal and business problems in record-short time. We have introduced online legal and business services so that you may enjoy the ease of these services via our online platform without necessarily visiting a brick-and-mortar law office or business consultancy firm – or pay a consultation fee. You may learn more by clicking this link, Legal and Business Templates.