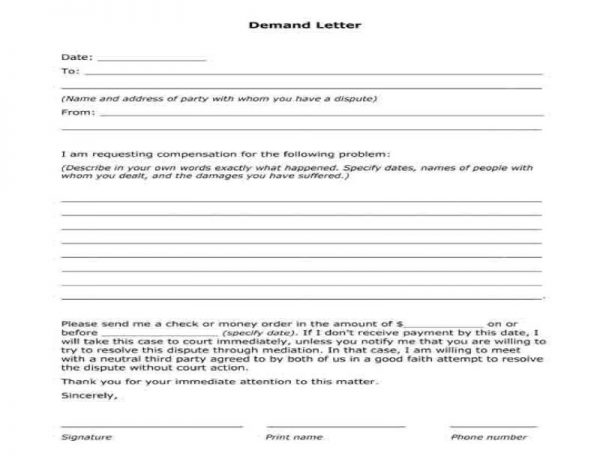 A demand letter is an official letter which makes a demand to the recipient. When someone receives such a letter, he also received a legal obligation. The person needs to resolve an issue such as acting on a contract they agreed upon.

You may even give a demand letter for money owed to someone who owes you money. Such demand letter samples can serve as official evidence in court. They can also serve as a solution to a specific dispute. Click here to read more.

Be the first to review “Demand Letter” Cancel reply
Print