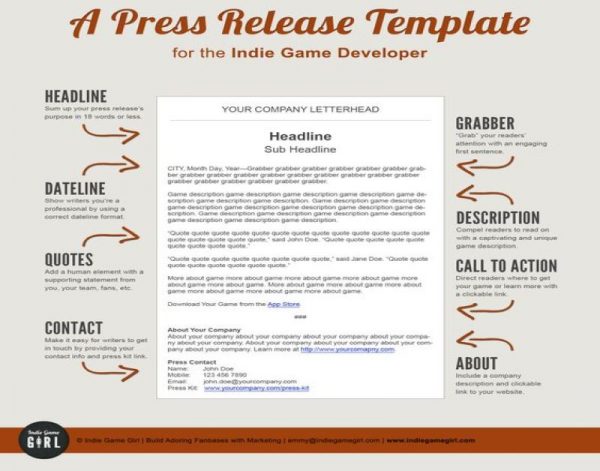 Would you prefer to follow some old school thought for your business or brand’s recognition? Definitely not! Following the old school of thought is not advantageous for your business anymore. It can seek to ruin all the efforts that you have made to build your brand. Success comes to us when we follow a new school of thought and the current trends. Similarly, when it comes to devising a public relations strategy, you need to come up with strong content to represent your brand.

A few years back, people used to go through the newspapers for the news but nowadays, the internet has replaced the role of the newspapers. Am I right in saying this or not? I am sure that you will agree to the fact that the first thing we do in the morning is to check our social media accounts. We go through the news feed on our Facebook profile and scan through the headlines on Twitter. We do all of this to see what is trending but what exactly makes us stop and actually read something? It’s the catchy and engaging content. That is where writing an engaging press release comes in.

To be exact, press releases actually draw our attention and make us read about the trending events and happenings from around the world. These press releases are usually used by professionals with the core reason of building public relations and gaining publicity. In the proceeding article, we are going to discuss about how to write a press release, how it works, its samples and formats along with some more important information and tips. So, without further a due, let us begin.

What Exactly is a Press Release?

Well, for starters, a press release has several names; a press statement, media release or a news release. No matter what we call it, the purpose and identity of it remains the same. It is basically an officially recorded and written announcement which is issued by an organization for the target audience. To be exact, it is a compelling and short news story where the ultimate goal is to pique the interest of the target audience by containing all the information about an event (what, why, who, when, where, and how).

If we concisely talk about writing the press release, then it should read like a news story written from the perspective of a third person in an informing tone. Also, the sources and quotes must be cited with the information to make it more authentic and genuine in the eyes of the audience. Most of the companies try to keep the press releases succinct while some of them are lengthy. Regardless of its length and size, a press release should cover the entire information and should have enough content to convey the complete and clear message.

Moreover, press releases are in public domain; that is why they are easily reachable and visible to the target audience. For this reason, a press release is considered as a valuable piece of marketing content as well as a ticket to earning news coverage. The upcoming sections will discuss more about the press release format.

What is the Ultimate Goal of Writing Press Release?

Now that we have discussed much about what a press release is, you may have gotten an idea about the aim of the press release. Anyway, the main reason of a press release is to get media attention for anything that is new or upcoming in your business such as a launch of a new product, an upcoming event or any current happening. The aim is to write a press release in a compelling manner so that it attracts the journalists and other audiences, ultimately enhancing the image of the company or brand.

In addition to this, the newsworthy press releases immediately grab the attention of the media people. So, making sure that it is interesting should be a key consideration. Apart from this, you must keep in mind that a press release is not an advertisement or a sales pitch. Rather, it should cover factual information cited with quotes and sources. With that being said, here are certain press release examples that will give you detailed insight as to why business professionals should write a press release.

All of the above examples are just a few; there are and can be other examples as well which fit the description of a press release. You just need to remember this that you should write a press release effectively to make it newsworthy for the purpose of involving media and your target audience.

What are the Types of Press Releases?

Broadly speaking, there are 2 types of press releases as explained below;

No matter what it is, a press release must read like a news story. When writing about a positive press release, you must ensure to use appropriate keywords so that it can be optimized and come on the top of the search engines.

Bad publicity could be due to anything such as an industrial accident, a racist statement, a product recall or anything else. A defensive press release is required to resolve such issues and clear the misunderstanding from the minds of the consumer. In this type of press release, the language and tone is different. The tactical language ensures you put a good spin on the bad news to make it uplifting.

How to Write a Press Release?

When it comes to writing a press release, this is how you go about it;

After the first step, the second most important component is the ‘Title’ or the ‘Headline’. This should be bold and centered. On demand, the font size can be made bigger than the other text to make it stand out. The headline is the main element of the press release and the reason for making it stand out is to draw the attention of the people who might be interested in reading it.

A one line summary about the press release should be written underneath the headline. The summary should be very interesting and should be highlighted by strong vocabulary to capture the attention of the reader. Also, it should be written in such a way that it motivates readers to find out more of what is written in the main body of the press release. However, you should keep in mind that the headline and summary should synchronize with each other and maintain relevance to the news being discussed.

The first paragraph must explain all the W’s while the second paragraph should talk about what is the purpose of the press release, why should you care, when it will happened and where can people find it. Also, it should cover the statistics and other factual elements to make the information more genuine and authentic for the media and audience to believe.

The Background to the Company

The last step in writing a press release is to write the phone number(s), fax, email, website addresses and other links for social media platforms where the business is active. In addition to this, you can also write about your business partners and potential clients in this section. Make sure you conclude the press release with a call to action.

Some Tips for Help

Now that we have told you about how you should you go about writing a press release, we are sure that you can write one on your own. But when you are writing, you must keep in mind the following tips;

Just like when we write a blog, we need to choose a catchy title, right? Similarly, when it comes to writing a headline, you need to make it look appealing and captivating. You can use action verbs and simple, understandable language to keep it short and simple. The simpler and shorter it is, the better it will be.

Most people think that press releases get most attention when tough vocabulary is used in them. Well, everyone does not understand difficult terms and vocabulary. Unless an individual is able to understand the terms, they are never going to take an interest in reading it. Therefore, you should not use difficult jargons but should rather explain the main text in a simple an interesting way. The body should cover all W’s in addition to every detail only related to the news. No one can spare the time to read through the tons of information.

Quotes add life to your press release. When you add a relevant quote to your press release which emphasizes on the core announcement, the media will quote that in their own coverage of the news and you will likely get the attention and generate the positive image you had hoped to establish.

You must know that a reader already has all the information they need to profile your image. A press release is just a way to help them add in more information to what they already know. So, always ensure that you write your press release in a way that it has valuable for them to read. You need to write a concise and a helpful piece and most importantly a valuable one.