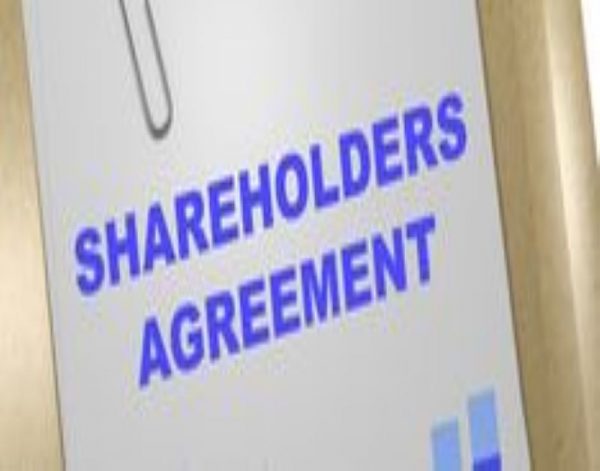 What is a shareholder agreement?

The importance of a shareholder agreement

A shareholder agreement template contains important, practical, and specific rules which are directly related to the company and to its shareholders. Making such a document is very beneficial for all types of shareholders. Let’s take a look at just how important this document is:

Information to include in a shareholder agreement

A shareholder agreement is a legally binding document which exists between a company’s shareholders. This document determines the protections, privileges, and rights of the said shareholders. You can use this agreement to:

A shareholder agreement template provides certainty and clarity with regards to what you can or can do in the company. Also, it includes a provision which states that you must base all decisions by discussion and consensus. Although this document isn’t a “legal requirement,” it’s still highly recommended to create one to prevent any conflicts in the future.

Moreover, since this agreement is a private document, you don’t have to place it along with the company’s files. But all the shareholders involved in the company must have a copy of the agreement to keep with their personal files. This ensures the confidentiality of the terms and conditions written on the agreement.

A shareholder’s agreement form is the cornerstone of any kind of business venture between the founders and the partners. It contains relevant information about the shareholders. Generally, the document must contain clauses about:

When to use a shareholder agreement?

It’s highly advisable to put the agreement in place upon the formation of the company and the issuance of its very first shares. You can use it as a positive step to guarantee that you and the shareholders are all on the same page when it comes to the business.

At this point, the shareholders must have a similar idea of what they get and what they offer to the company. If there exist any differences between the shareholders at this stage and they don’t want to take part in the agreement, take this as a warning. You might also experience difficulties with such people in the future.

Sometimes, investors may delay this agreement, especially when they want to establish the company first. In such cases, make sure to get back to the task of creating the agreement when you have more time on your hands. No matter how many issues come up, it’s important to create this agreement to protect your shareholders.

Just like any other contract, you have the choice to terminate a shareholder agreement. You can do this in 3 different ways:

Be the first to review “Shareholder Agreement” Cancel reply
Print