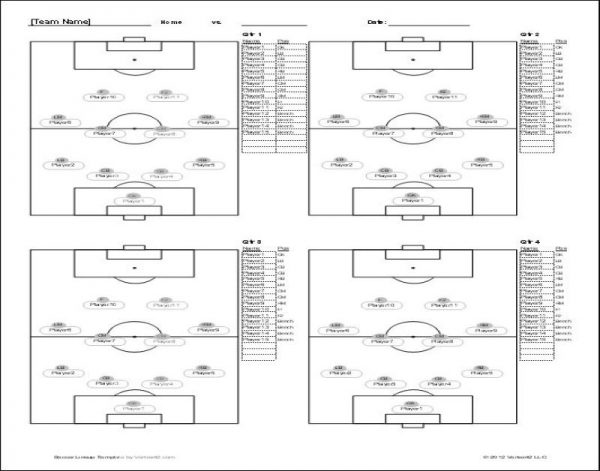 All you need to know about soccer

Soccer, or football as it’s known outside of North America, is the most popular sport in the world. So, how is it played, who plays it and many more questions are answered right here.

The team has one designated goalkeeper and 10 outfield players. Outfield players are usually specialised in attacking or defending or both. A team is typically split into defenders, midfielders and forwards, though there is no restriction on players moving anywhere on the pitch.

It is known as soccer in North America, but is called football in most of the rest of the world. Its full name is Association Football.

A soccer ball is round, and must measure between 27-28″ in circumference and weigh between 14 and 16oz.

How many countries play soccer?Soccer is the world’s most popular sport, played by over 250 million people in more than 200 countries. It is particularly popular in Europe, Central and South America, and Africa, though has a growing influence in North America and Asia.What does a soccer pitch look like?The game is played on a rectangular field called a pitch with a goal at either end. The size of the pitch for international adult category matches can be between 110-120 yards long and 70-80 yards wide.The lines at either end of the pitch are called the goal lines, the lines perpendicular to the goal lines are called the touchlines.

What is the aim of soccer?The object of the game is to move the ball up the pitch and beyond the goal line of your opponent’s goal. A standard game lasts 90 minutes, split into two halves of 45 minutes.The goal has two upright posts and a horizontal bar connecting them known as the crossbar and is placed in the middle of the goal line. For competitive games, a net is connected to the posts and crossbar to stop the ball after it has crossed the goal line.Any of a team’s 11 players on the pitch can score a goal, which adds one to the team’s total. The team also get a goal if an opponent sends the ball into their own goal by mistake.The team that scores the most goals in the 90 minutes wins the game.

Regular season games end at 90 minutes, even if the scoreline is level.

In domestic cup competitions and the knockout stages of international club and national team competitions, an additional 30 minutes – known as extra-time – is played, split into two halves of 15 minutes.

Does soccer have post-season play-offs?Most domestic soccer leagues do not have a post-season play-off round like the major sports in the United States and Canada. The team that finishes at the top of the table after the end of the season is usually crowned champion after each team has played each other at home and away (on the road).Most league competitions give winning teams three points. A tie – or a draw – earns both sides one point. Losing teams receive no points.Some domestic leagues do use playoffs to decide which teams are demoted – or relegated – from a league, such as the Bundesliga in Germany. The English Premier League has a play-off to decide which team is promoted to the top flight from the second division.What are the rules of soccer?

The sport has 17 rules known as the Laws of the Game, which were laid down and are governed by the International Football Association Board (IFAB). The laws are designed to be universal, but slight modifications are made to take into account factors such as age, gender and disabilities.

What is a foul in soccer?

In the team of 11 players, 10 are known as ‘outfield’ players, and are forbidden by the Laws of the Game from touching the ball with their hands or arms. Only the team’s goalkeeper is allowed to use their hands, and only inside their penalty area. If the goalkeeper leaves the penalty area, they are subject to the same rules as the outfield players.

Handling the ball deliberately, tripping an opponent, and pushing an opponent are punished either by a direct free-kick – meaning the attacking team can attempt to score immediately when the referee signals for play to continue – that is taken from the position where the foul occurred or a penalty if the infringement occurs inside the penalty box of the fouling player’s team.

Other fouls are punished by an indirect free-kick, which means at least one other member of the attacking team must touch the ball before a goal can be scored.

Watch: Five things you might not know about set-pieces

If the ball crosses the touchline, a throw-in is awarded to the team which did not touch the ball last. This is the only time outfield players are permitted to touch the ball with their hands. They must return the ball into play while holding it with both hands and with both feet on the ground. Failure to do so results in a foul throw, meaning the other team are given the throw.

What do soccer players wear?The goalkeeper must be designated before the start of the game, and wears a different colour shirt, shorts and socks to their teammates. All outfield players on the same team wear the same shirt, shorts and socks, known collectively as a strip.All players wear boots which have studs or cleats to improve grip on the pitch.Headgear is not a required piece of basic equipment with all players usually wearing only shin guards and no other form of protective padding. Goalkeepers wear specifically designed gloves in order to improve their grip on the ball.What does a soccer referee do?

A referee is appointed before each game and enforces the Laws of the Game. They have two assistant referees – one placed on the touchlines on opposite sides of the pitch and in opposite halves. A fourth official is present for professional games.

The referee signals to players using a whistle, and is the only official inside the playing area.

A team can have up to four players sent off and still finish the match. However, referees are instructed to stop matches prematurely if a team is reduced to fewer than seven players.

In recent seasons, referees have been helped further by Video Assistant Referees (VAR). Previously, television replays were not used to help referees make a decision. Now, the referee has one or two colleagues, usually away from the stadium, who review four specific situations: cases of mistaken identity for yellow/red cards, potential infringements in the build-up to a goal (fouls or offside), direct red card decisions, and penalty decisions.

Goalline technology is also used to tell referees if the ball has crossed the goal line. The whole of the ball must be over the goal line for a goal to be awarded.

How many substitutes can be used in soccer?Typically for a professional game, seven substitutes, usually including one goalkeeper, are named at the start of the match on what is called the bench. Competition rules will specify exactly how many players outside the starting 11 can be named in the matchday squad.However, only three substitutions are allowed to be used inside the 90-minute duration of the match, regardless of injuries. If a game goes to extra-time, most competitions now allow a fourth substitute to be made.Players are usually replaced because of injury, tiredness, or a change in tactics.Who controls soccer?

Each country has their own national football association, such as the English Football Association in England, known as the FA, or US Soccer in the USA.

Each national association organises competitions between clubs associated with them. The most renowned are the ‘top five’ European leagues: the German Bundesliga, the English Premier League, La Liga in Spain, Italy’s Serie A, and Ligue 1 in France.

Each regional confederation organises competitions between clubs and also national teams. The most well known and lucrative club competition in the world is the UEFA Champions League. It is held annually and features the European teams that have finished highest in their respective national leagues. UEFA also organise the UEFA EURO, a European championship held every four years, which features national teams that have won through in the qualifying process.

What is the soccer World Cup?FIFA organise the World Cup every four years, two years after/before the Olympic Games and UEFA’s EUROs. It is open to national teams from around the planet. It has most recently been contested between 32 finalists, though that number will increase to 48 for the 2026 competition to be held in the USA, Canada and Mexico.The World Cup is the single-most watched sporting event on the planet. The 2006 tournament in Germany enjoyed cumulative viewing figures of over 26 billion, while in excess of 715 million – one ninth of the planet’s population – watched Italy beat France in the final at Berlin’s Olympiastadion.