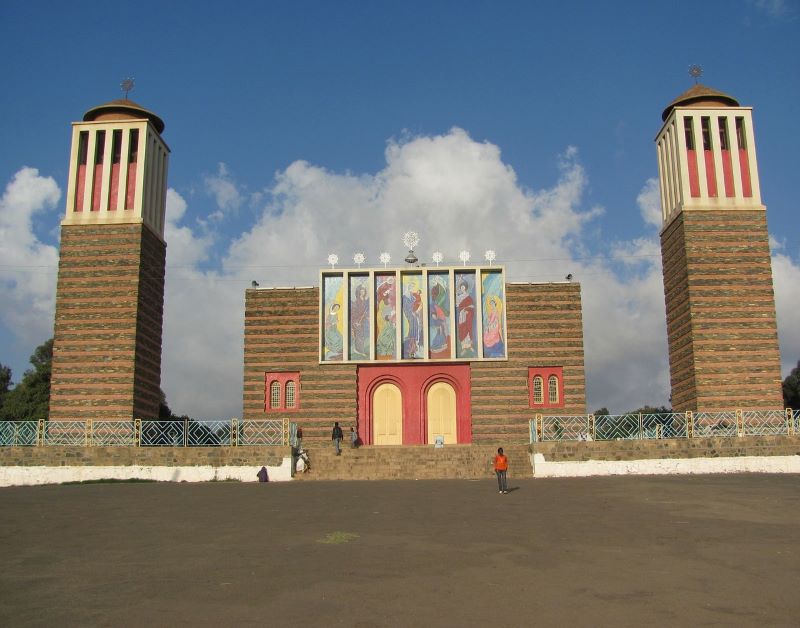 As of July 2019, 54 of the 55 African Union member-states had put pen to paper in support of the new African Continental Free Trade Agreement (AfCFTA). Guess which country is still holding out and now risks being the sole outsiders of the much-vaunted free trade deal?

Well, that would be Eritrea. And if that’s surprising, it’s because Eritrea is probably the most repressive state you may have never heard of.

Isaias Afwerki has ruled Eritrea since it gained independence in 1993 after a 30-year tussle with Ethiopia. And to this day, his party; the People’s Front for Democracy and Justice (PFDJ), is the sole legal political party in Eritrea. In many ways, the party has had the country under its thumb for 27 years running.

The repressive Eritrean regime — unlike other more famous, or rather infamous authoritarian and totalitarian states around the world — cannot even be bothered to pretend to have a constitution, a representative legislature, elections, or a semblance of a free press. As a matter of fact, the Committee to Protect Journalists (CPJ) describes Eritrea as the world’s most censored country. And this is a world that also has North Korea in it.

In Eritrea, the fate of its 20 million citizens is totally dictated by the whims of the regime led by Afwerki who is kind of an independence-hero-turned-dictator.

All Eritreans are subject to conscription into the military and can be compelled into forced labor that the U.N. says “effectively abuses, exploits and enslaves them for years.”

Those who step out of line can be detained indefinitely under terrible conditions. Others are just never seen or heard from again. There are no courts to hear their appeals. Getting an official national passport and an exit visa is a hellish process that may only be completed after one has crossed 45 years. All these say why over half a million Eritreans are living as refugees in other countries.

Besides all that, there are some other facts about life in Eritrea that would shock most people and draw words like: “In 2020, no bloody way!”

Late last year, BBC Amharic’s Jibat Tamirat visited Eritrea under the watchful eye of government minders. And he reported some rather interesting finds.

Yes! Not even a single one of those machines can be found in Eritrea. The whole concept of withdrawing any desired amount of cash from an unmanned electronic device is alien to most Eritreans.

Citizens of Eritrea can only withdraw cash over government-run bank counters. And even at that, there’s a cap on the amount one person can withdraw in a single month.

The government has imposed restrictions on the amount of money depositors can withdraw from their bank accounts. Even if they have millions of nakfa, the Eritrean currency, in their account, they can only withdraw five thousand nakfas (that’s around USD 330) a month.

Like, if a person needed to acquire a property valued at sixty thousand nakfas, they would have to wait 12 months and withdraw five thousand nakfas in each of those 12 months.

Bank transfers actually happen in Eritrea and it would have helped in such a scenario, but the withdrawal restrictions mean that most Eritrean business would rather have their payments in cash.

The only exception to the withdrawal limit rule are wedding ceremonies which are usually lavish parties in Eritrea. During such cases, some paperwork is meticulously processed to enable larger withdrawals.

Internet penetration is slightly above 1 percent in Eritrea and the service is terrible. There’s only one telco in Eritrea — EriTel — and its services are highly controlled by the regime.

You know how you can get a SIM card for less than a dollar in just about any street corner in Lagos? That’s “goals” in Eritrea.

To get a SIM card in Eritrea, citizens will first need to file an application with the local government administration. And there’s no guarantee that they’d get one. And even when they do get a SIM card, they can’t use it to access the internet because there is no mobile data.

Due to the huge difficulty in getting Sim cards, most Eritreans still rely on public payphones to make calls.

Most Eritrean citizens who watch TV get to see and hear only what the government wants them to through Eri-Tv; the state-owned TV station which is the only television station based in Eritrea. Only a privileged few who can pay for cable get to experience uncensored programming.

Until recently,  Eritreans were only allowed to drink two beers in a bar. To get around this, people would go to bars with teetotalers and have their quota as well.

The only beer in the country is Asmara Lager which is produced by Asmara Brewer; the only brewery in the country which was first set up in 1939 by Italian engineer, Luigi Melottia.