Posted by Raymond
in THE LAWYER ("Wakili") 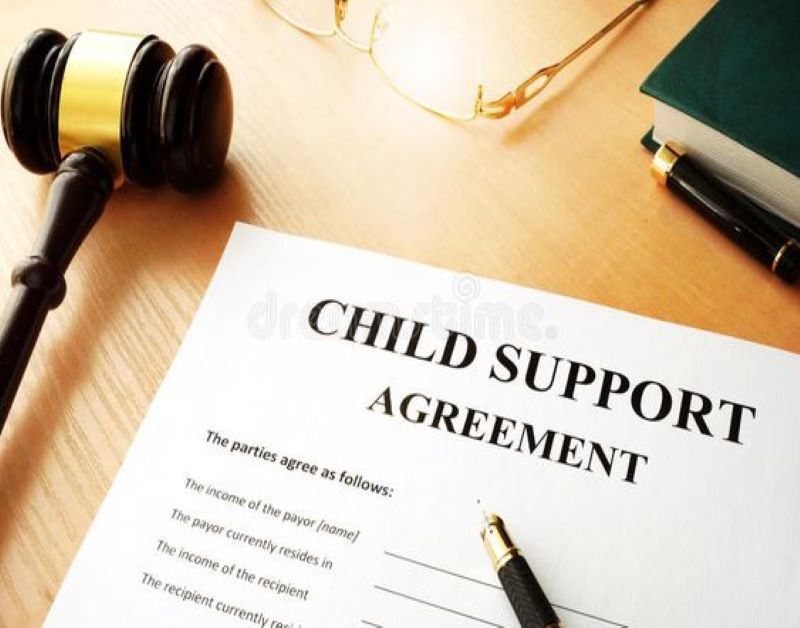 No justice is trivial if just! Sometime back, on 16th May, 2020, a lady approached Rayness Analytica on Facebook for help as I was doing the online marketing for our online legal and business Consultancy Company. She started the conversation this way:

“Hello Rayness? Do you have any idea in civil law cases? I have a civil case in court regarding my child and I need legal advice because I don’t have a lawyer and am afraid I may lose custody of my daughter who is with the dad now. She is one and half years old”

And I simply replied:

“Yes I have such legal knowledge”.

The lady proceeded to write me a very lengthy story via my Facebook direct message, narrating me her woes at the mercy of her baby’s heartless daddy, and I felt bad – very bad! We will call the lady Brenda (not her real name). The lady summarize the facts as follows:

After prior disagreements between the father of the child and Brenda, and upon their relationship ending irretrievably, on 5th December, 2018, the estranged love birds reached a parental responsibility agreement for sake of the minor. The agreement was before a children’s officer who told Brenda that “as per law”, the father was to take care of the minor’s education and healthcare needs while she was to cater to her shelter and food needs. [better:  she was to provide food and shelter] They were to both share matters clothing for the minor.

At this particular time, times were hard, COVID had also wreaked havoc in the country and across the world as well. Brenda lost her job and became quite confused! She was not even aware what she was signing was about! It was one of those desperate times in her life that summoned desperate measures! Well, the father of the kid took advantage of Brenda’s vulnerability and tricked her into giving him the child’s birth certificate for purpose of including the minor in his health medical scheme, known as National Hospital Insurance Fund (NHIF). He also asked Brenda to give him the child. Brenda, trusting the man she once loved, gave in to the man’s request.

Turns out that the man never included the minor in the medical scheme. Instead, he took the child to be under the care of his first wife. Brenda realized that she had been tricked! And she began the process of demanding the baby back plus the birth certificate. All was futile. [or for naught]. Attempts by Brenda to visit the area chief and the police for help were in vain! Brenda was at this moment too broke to fund the unnecessary trips back and forth in pursuit of the child’s custody. When no road seemed promising, she contacted a reporter at local media house, TUKO to highlight her plight to the public for help, but also turns out that TUKO only used her unfortunate circumstances for purpose of news and to gain online followers. They promised to help Brenda but upon follow up but they never picked her calls again! Sad! What a country!

On 12th March, 2020, Brenda was arrested and she slept in a police cell, together with her first born who was then seven years old. The father of the child had just hatched a scheme with police, chief and seemingly even the children’s officer, to bring false criminal charges against Brenda for child neglect. She pleaded not guilty and was taken to Thika women prison where she spent ten days until a friend bailed her out. All this time, no lawyer was ready to assist Brenda; all demanded high legal fees.

But at the time Brenda was approaching me for help, I also had my problems, both legal and personal. I was on the verge of eviction from my flat due to rent arrears, as a result of COVID 19, and, my expectant wife (now baby momma) was four days away from delivering our baby, Shirley Tillett but I just felt that the help she wanted from me was there, “just legal knowledge and help?” Yes! I assured her that I would see what could be done.

I then contacted my colleague, lawyer Yuvenalis Kubwa, [requesting him to / asking him if] he could handle Brenda’s case pro bono as I was handling my case against my rogue landlord who was determined to throw my family out at the height of COVID 19. And, thank God, Yuvenalis agreed! And that was the genesis of a tough court battle, fighting for Brenda against a rogue baby daddy! The first step was to file a civil lawsuit to get the baby back, and the second was to enter a criminal defence for Brenda. Lawyer Philip Otieno would be appearing for Brenda in the Civil case as lawyer Kubwa would be handling the criminal defence!

For three years, we have silently fought this war, most of the time spending much time in research and drafting of court pleadings and finally Brenda won the custody case! She now has the child with her! A few days ago, she wrote me via Whatsapp “I’m grateful to you Ray…” Not really, we should be grateful to Philip Otieno who most of the time took the task of litigation head on!  And I’m glad, justice was finally served!

Finally, we know Brenda’s case is not unique; it is what happens in our daily lives. When parents separate, the children get caught in the middle. The state will make sure that they are always provided for by one or by both parents. If each parent consents to have an arrangement for support, they can come up with a child support agreement. Never take a child support agreement template for granted because they are legally enforceable. To avoid expensive court litigations that take a lot of time and resources, you can order child support agreements via this link:

We have introduced online legal and business services so that you may enjoy the ease of these services via our online platform without necessarily visiting a brick-and-mortar law office or business consultancy firm – or pay a consultation fee.